Facebook was created in 2004 and has been a force in social media ever since. But, with the rise of so many other social media platforms on the Internet, one has to wonder if Facebook has taken a bit of a drop in popularity, and business should be focused elsewhere.

Created initially as an early dating app, Facebook has evolved over the fifteen years that it has been online to a social media giant. According to statista, Facebook had 2.38 billion active users in the first quarter of 2019. This is a large group of active members every month, and puts it in the lead amongst the other social media sites.

Though Facebook was originally a site focused on connecting people socially, it has evolved to connect people to businesses as well. Many stores and other businesses have pages dedicated to outreach on Facebook. They have sponsored ads, videos related to their products, and posts that advertise recent events and activities.

The demographic of people using different social media sites is important to understand. According to sproutsocial, the main group of users on Facebook are women ages 25–34. This makes up 13% of their user base. Other social media sites in the lineup are sites like YouTube and Instagram.

So, all things said, Facebook IS NOT dead, nor is it on its way out of style. People still log on every month in droves, posting, sharing, and perusing new and interesting pages they might not have seen before. It may have lost its way from its original purpose, a social site purely made to connect with people, but the social media presence it holds is nearly unstoppable and shows no signs of slowing down.

Ready to Get Started? 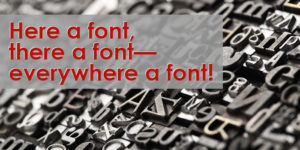 What used to be a term only uttered in the hallowed halls of the design elite, has now become part of daily office lexicon. What exactly is a font? …

END_OF_DOCUMENT_TOKEN_TO_BE_REPLACED 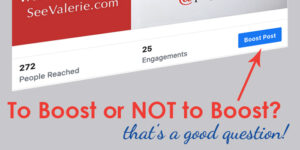 Just leads to more questions! What is boosting anyway? Should I boost a post or create a Facebook Ad? What does boosting do for my posts? How much …

END_OF_DOCUMENT_TOKEN_TO_BE_REPLACED 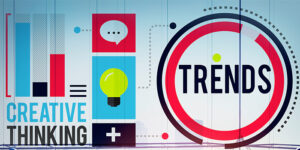 New Decade, New Marketing Trends It’s a new decade, and everyone’s searching for the trends that will have consumers saying that you’ve had …

END_OF_DOCUMENT_TOKEN_TO_BE_REPLACED

What is TikTok? Social media is constantly developing new trends, new obsessions. MySpace, FaceBook, Snapchat, every one of these things have …